Interphex is a great place to see what is on offer in the world of pharmaceutical. It was very interesting to see a number of Canadian companies covering all parts of the manufacturing train, including process, packaging and testing services.  One company I had marked on my planner was Therapure, a Canadian CMO to vaccine manufacturers.  I had wanted to visit Therapure’s exhibit as my current execution is at a vaccine manufacturer. Their display was remarkable; they had bought with them a clean-room, as an indication of their state of the art facilities. Their exhibitors explained at ease about their processes and facilities.

Another exhibit that caught my attention was the ‘Facility of the Year Awards’ by ISPE. There were a number of exhibitors who had won awards for categories such as sustainability, automation design, innovation and project execution. I had the opportunity to talk first hand to the architects, engineers and project managers who had actually executed the projects. Roche, had won the Project Execution Award. I was delighted that the project organizational chart pointed out the role Project Controls. I learned about the issues encountered, such as industrial construction in an urban location and how Roche had worked with the community overcome this.

It was not only existing products and processes being showcased. There were conferences discussing cutting edge research and future trends.

This is just a few examples of what was on offer at Interphex. Certainly the air is fresh, there is expertise from every field and something for everybody. We look forward to visiting again.

Events, Interphex, News
Recommended Posts
About Us
Our Expertise
Accreditations 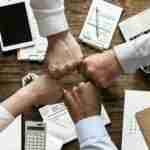 Stay Ahead of the Crowd2013