The second phase of a project is the actual delivery and execution of the project. Successful completion of the first phase will result in a plan that is on target, on budget, and within scope. This will avoid problems such as scope creep, competition for resources, inadequate risk management, lack of organization, and the poor utilization of resources.

The first problem is a lack of planning rigor. In successful projects, management will generally take the time to completely study the needs of the project and the stakeholders that are involved. However, this isn’t always a normal practice. In the real world, people are usually working under pressure so instead of planning a project first, they simply start acting in order to meet deadlines and manage a crisis. This causes confusion and creates unnecessary costs and delays later on.

Scope creep is where a project keeps on growing but never gets close to completion. This is also is a symptom of poor planning. Since the project’s scale and needs were not fully considered prior to execution the project kept on growing. A well planned project will have its scope clearly defined and management will stick to the scope.

As projects grow and become more complex, different stakeholders will compete for resources. Again this is a result of not fully understanding needs. When two different departments use the same resources, one department’s work will back up because the needed resources are not available to complete the work. This causes delays and creates confusion between the different departments.

Inadequate organization is a source of frustration for everyone that is involved in a project. This symptom is generally the result of poor communication. Sometimes the needed training is not implemented properly and people do not understand what is expected of them. Other situations can include changes to the project that are not fully comprehended by the people who are involved. Regardless of the cause, a lack of planning will create massive headaches.

The idea behind these tools is to keep the project running smoothly so that these types of problems do not occur or are handled correctly when they do. Most project execution mistakes occur because the project was not planned well, which is why it is important to plan correctly from the beginning.

blog, Project Management
Recommended Posts
About Us
Our Expertise
Accreditations 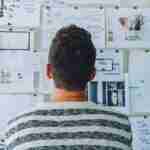